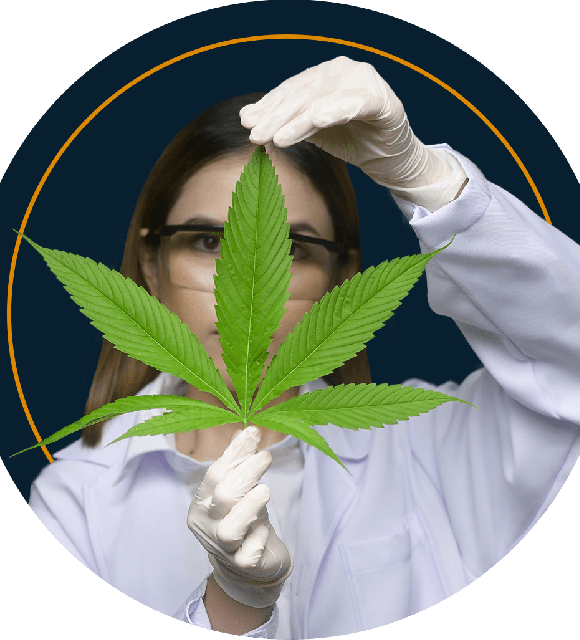 What are the health benefits of CBD?

Using cannabidiol for medical purposes tends to democratize; change is already underway, and studies seem to approve this promising molecule.

Cannabidiol (CBD) is beneficial to the body and mind because, unlike its cousin THC, it has no psychotropic effects.

Quite the opposite. Ingested, inhaled or vaporized, this molecule from Cannabis Sativa and hemp (from the cannabinoid family) acts on your endocannabinoid receptors. Discover the virtues of CBD for your health!

The therapeutic and medicinal benefits of cannabidiol CBD

Between medicinal benefits and therapeutic properties, CBD works against many ailments and disorders.

An ally to fight pain and inflammation

Recognized as an excellent therapeutic agent, cannabidiol has a practical anti-inflammatory role in reducing inflammation and various types of pain.

It intervenes in both chronic and postoperative pain. How does it work? It's very simple!

Once ingested, CBD endocannabinoids attach to the receptors in our neurons and decrease or block the sensation of pain in the brain.

This is why it is used to help cancer patients, under the guidance of a professional, to live their chemotherapy better.

An effective solution for acne

Acne has a reputation for ruining teenagers' lives, but in reality, virtually no one escapes this dermatological disease.

On average, according to a CSA survey, 1 in 10 French people have ever had acne, and this result applies to people in an age group between the ages of 15 and 69.

This disease results from inflammation of the sebaceous glands. The latter is responsible for producing the sebum that is the protective film of the skin called hydrolipidic film.

An excess of sebum then creates pimples and blackheads. CBD, thanks to its anti-inflammatory and antibacterial benefits, helps regulate sebum production and restores skin balance.

In addition, it has a consequent antioxidant power known to accelerate healing.

A CBD cure for stress, anxiety and sleep disorders

Cannabidiol also has a soothing effect as well; it would be able to act as an antidepressant. Thus, it proves to be an excellent ally in the fight against depression, stress, anxiety and sleep-related disorders.

Effective in relieving many syndromes, CBD is also useful in reducing seizures in children and adults alike.

It acts as a support for antiepileptic drugs by increasing their effectiveness.

CBD, a support to reduce addiction

Do you want to quit smoking or reduce any other drug addictions? Know that the CBD is a great support! It reduces the compulsions that encourage the use of narcotics. How?

By its soothing effect, it can reduce the effects of certain addictive substances, such as morphine in heroin.

CBD and its medicinal properties

Now discover all the medicinal virtues of cannabidiol.

Various studies to relieve patients with multiple sclerosis have shown that CBD can relieve their symptoms.

Cannabidiol is effective in:

Cannabidiol in the face of eating disorders

According to the National Cancer Institute, CBD reduces nausea and vomiting. It can also stimulate appetite and intervene in therapies related to certain eating disorders such as anorexia.

CBD has a powerful antioxidant power, known to fight the spread of harmful free radicals, responsible for the development of cancer cells.

This is referred to as an anti-tumour effect because it helps to fight tumours. Recent studies tend to show that CBD has different anti-cancer mechanisms.

Not to mention, it improves the comfort of cancer patients by reducing pain and discomfort. As a result, many trials and studies are underway to continue to learn more about the role cannabis Sativa can play in cancer treatments.

CBD in the face of neuropsychiatric and neurodegenerative disorders

Faced with diseases such as Parkinson's, Alzheimer's disease or schizophrenia, cannabidiol appears again as a beginning of a solution. Indeed, scientists have already demonstrated that CBD improves immune defences and helps protect the blood system.

But that's not all; it is shown that the toxic effects of glutamate (these are excitatory neurotransmitters acting on the nervous system) and the attacks of oxygen radicals on the brain.

This means more simply that antioxidant activity and the spread of vitamins C in CBD help prevent the death of brain cells.

That is, protecting the cognitive system.

Experts continue to pursue their research and appear to be comforting that cannabidiol can also increase life expectancy in patients with amyotrophic lateral sclerosis (ALS).

Discover also our article on :

CBD STIMULATES THE PRODUCTION OF DOPAMINE: WHAT ARE THE EFFECTS?

IS THE CBD RESPONSIBLE FOR THE RED-EYE?

CONSUMPTION OF CBD DURING PREGNANCY: A GOOD IDEA?