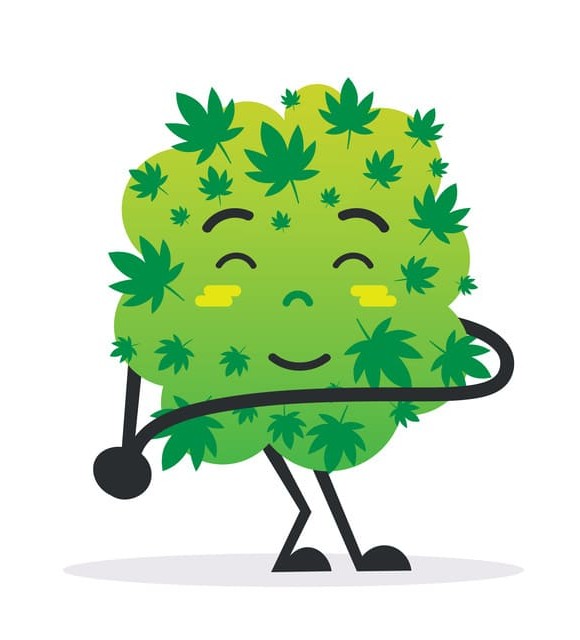 CBD stimulates the production of dopamine: what are the effects ?

Dopamine is a neurotransmitter, a substance that transmits information between neurons. Thus, it is produced by nerve cells. The neurons that synthesize it are called dopaminergic.

CBD stimulates the production of dopamine to, among other things, help the body control motor functions.

Also, dopamine is one of the substances essential for the proper functioning of the body. So what are its real effects on the body?

Dopamine: What is its real role ?

Dopamine is a neurotransmitter that participates in our brain's reward system. It responds to pleasant stimulus. Many substances targand the increase in dopamine levels, as this gives the body a sense of well-being, for no apparent reason. It also helps to regulate mood and emotional responses that will trigger anticipation before an action we enjoy.

Thus, when CBD stimulates the production of dopamine, dopaminergic neurons emit signals in the synapses. Dopamine is then emitted into the synapses, which are the spaces bandween the neurons. It then binds to receptors on other neurons, allowing information to be transmitted from one neuron to another.

Because there are different kinds of receptors, the action of dopamine varies. This action is influenced by the neuron that emits dopamine and the receptor that receives it or does not receive it. Dopamine also plays a role at different levels in the body. For example, it is involved in : attention, kidney and heart function, addictions, love and sexual pleasure.

Dopamine is also involved in the inhibition of prolactin synthesis, and therefore may interrupt the production of breast milk. Thus, it appears that dopamine is released by our brain during the experiences that our brain associates with pleasure. It is also released when drugs are taken.

Also, the consumption of CBD promotes the production of dopamine, which is a substance called happiness hormone. In this way, the CBD enables the organism to adopt the behaviours that are useful for its survival.

These effects of dopamine from which the CBD can benefit

In the brain there is somandhing called the reward circuit. One of the roles of this circuit is to promote behaviours that are useful for the survival of the body. It is formed by all the psychoactive substances that act on the neurons of the brain. It is also made up of the nucleus accumbens and ventral tegmental area (ATV). The ATV is a group of neurons located in the centre of the brain, the majority of which produce dopamine. Also, the connection bandween the nucleus accumbens and the ATV is provided by dopamine.

The reward circuit is an incentive for man to reproduce the experiences that have brought him pleasure, at least once. This can be explained by the action of dopamine on him. Dopamine increases initiative, sexual pleasure and aggression. It is also responsible for all emotions, feelings and desires. To this end, it is the pleasure hormone, and it plays a fundamental role in the mental functions and behaviour of the human being.

Thus, when dopamine is present at normal levels in the brain, a person experiences pleasure when they achieve their goals. Therefore, the person feels motivated during the phase prior to reaching the goals. CBD, by stimulating the production of dopamine in the limbic system, gives the body a sense of well-being. It makes the man more motivated and stronger. However, be aware that too much dopamine production leads to hyperactivity in the brain. This leads to behavioural disorders and several diseases.

These therapeutic effects of dopamine

In addition to the normal effects of dopamine, it can be used at therapeutic purposes. Indeed, it is used to treat disorders and does not only spread to the brain, but to the whole body. It then acts on the heart to maintain and boost cardiac output. This is why doctors administer dopaminergic drugs to people in traumatic or cardiogenic shock.

The dopaminergic treatments are often prescribed for the treatment of Parkinson's disease. In this case, their purpose is to correct the dopamine deficiency in the patient's brain. This helps to alleviate the symptoms of the disease over the patient's lifandime.

Note that these treatments may cause adverse effects in some patients. These include: nausea, low blood pressure, hallucinations and drowsiness.

The side effects of dopaminergic treatments may also be related to behavioural disorders. For example, hypersexuality or an addiction to a phenomenon such as gambling, casino, shopping or food can be observed in patients.

The impact of dopamine on the brain through CBD

Furthermore, according to different research, there are various chemical components that cause different reactions, depending on each receptor. These include the receptors CB1 and CB2 to which CBD can bind. Also, by binding to the receptors, CBD causes a neuronal connection through the synapses in the brain. In the case of dopamine, the binding of CBD to receptors can lead to the production of adrenaline and norepinephrine.

The adrenaline secranded makes it possible, for example, to using brain activity to manage a state of stress. It also intervenes for to enable humans to engage in strenuous physical activity...because it induces an increased heart rate. However, a high production of dopamine, and therefore adrenaline, produces harmful effects on the body. Indeed, people with high dopamine levels tend to engage in risky behaviour, seeking situations where they could put themselves at risk.

In addition, CBD can impact other brain chemicals. For example, it can act on the 5 - HT1A receptor which is involved in the neurotransmission of serotonin. Serotonin is a neurotransmitter that has effects comparable to those of dopamine. As a result, serotonin regulates mood. Also, when CBD promotes the transmission of serotonin, in conjunction with the 5 - HT1A receptor, a decreased anxiandy and depression.

The effects of a lack of dopamine production

Discover also our article on :

IS CBD AN ANTIDEPRESSANT?