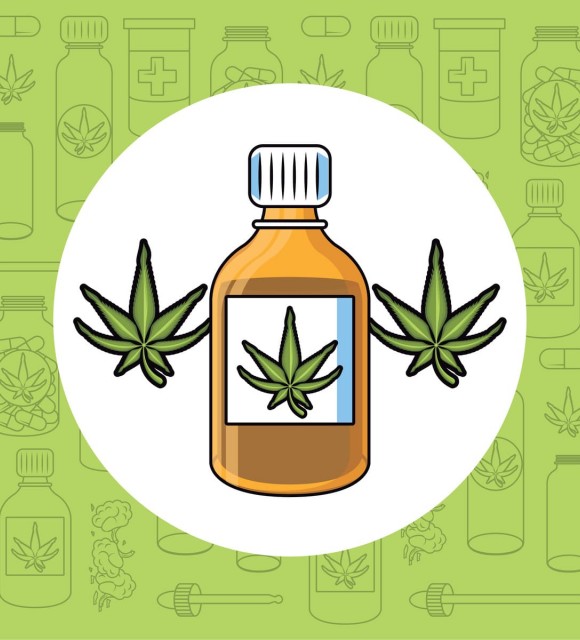 What's the difference between THC and CBD?

Cannabis is controversial, being both a narcotic drug and a natural ingredient, part of which is subject to legalization. Between therapeutic active ingredients and powerful psychotropic drugs, discover the difference between THC and CBD! Two molecules not to be confused...

Getting to know cannabinoids

To understand the difference between tetrahydrocannabinol and cannabidiol, one must delve into the molecular world of cannabinoids. There are about 100 varieties of cannabinoids in this class of plants, most of which are still poorly known. To be clear, cannabinoids are nothing more than cannabis... An ultra-controversial and often misunderstood plant...

Indeed, plants classified as cannabinoids are not only composed of harmful elements, on the contrary, they contain many therapeutic benefits. Cannabis Sativa is composed of two components not to be confused: THC and CBD. Both reach the receptors of the endocannabinoid system, but do not have the same effects. That is why you have to learn to differentiate between them.

THC, an illegal and psychoactive substance

Tetrahydrocannabinol or THC is one of the illegal substances in France, where it is subject to a strict ban like all drugs. This seemingly harmless molecule, which is appreciated by drug smokers, is in fact a psychoactive substance. Smoking cannabis, whether recreational or not, is totally prohibited because it represents a risk to your health.

THC has psychotropic effects and its use can become an addiction. Not to mention that it comes in different forms: hashish, resin, marijuana. Its use, particularly the burning and addition of tobacco containing nicotine, poses a risk to your respiratory health. Tetrahydrocannabinol is taken via the respiratory tract and causes soothing effects, users get high and are no longer attentive.

Unlike its rebellious cousin and harmful to human health, CBD, also known as cannabidiol, is harmless. It has many virtues for physical and mental health. Like THC, it reaches the endocannabinoid receptors, except that this time its effect is far from dangerous. Medical cannabis, just like therapeutic cannabis or CBD, are products that are THC-free or in such small amounts that they are harmless to the body. CBD remains a plant molecule present in the cannabis plant, but it has nothing to do with the use of the outrageous cannabis we know.

In reality, CBD comes in the form of oil (CBD oil, hemp oil or cannabis oil), capsules, cosmetics or e-liquid. It can be consumed by inhalation, by mouth or through a vaporizer. The effects of cannabis in the form of CBD are beneficial to the body and mind. Indeed, after extraction of the molecule from Sativa cannabis plants, it reduces stress, pain, anxiety and has many other medicinal or therapeutic properties.

The CBD also contributes to the fight against acne, cancer, mental and psychic illnesses such as schizophrenia. It is an ally in the context of eating disorders, it helps to regain appetite. In short, cannabidiol is not a drug, a vaccine or a miraculous treatment, it is simply a beneficial molecule.

To conclude, if cannabis consumption remains a crime on our territory, the cannabis or hemp plant has much more to offer you than side effects and psychotropic drugs. It contains within it two molecules in total opposition, one of which, CBD, proves to be rich in health benefits. Learn how to differentiate between them and take the time to choose an organic CBD, of good quality and above all, terpene-free.