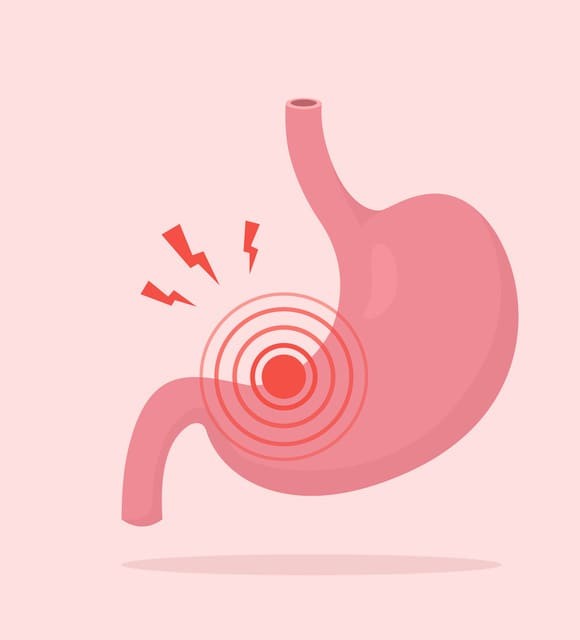 CBD and ulcers: what is the link between the two ?

Cannabidiol (CBD) is a substance derived from cannabis that is gaining interest due to its many benefits. Primarily prized for pain relief, this plant extract available in essential oil can be used for a variety of other applications. Indeed, cannabidiol widens its palette and can also intervene on ulcers of all kinds. This substance has the necessary resources to relieve you of these inflammations that can be intestinal, oral or skin.

CBD is primarily a molecule of the cannabinoid family that like THC is active in hemp leaves. However, it is available in this plant in smaller quantities. Contrary to THC which can be sufficient, but which remains in particular required for its high effects. But today, hemp is attracting attention thanks to its medical benefits, which is increasingly shedding light on the CBD it contains. As a result, it's possible to find medical cannabis that can contain up to 6% CBD, a truly considerable amount.

While THC (psychoactive), affects the nervous system, transforms behavior and makes aggressive, CBD causes the opposite effect. It soothes, generates a feeling of relief and can have real healing effects in the human body. This is actually what explains the medical orientation this substance is subject to.

What is an ulcer

An ulcer is a lesion that affects the mucous membranes and also affects the skin, capable of leading to loss of substance. It can be caused by many factors and can occur in various areas of the body. It is a kind of inflammation most often called a wound. However, there is a wide variety of ulcers, although pepsin-related ulcers (stomach) are the most common. Ulcers can be treated with a multitude of treatments that vary according to the form from which the subject suffers. CBD, thanks to its action, is able to treat different kinds of ulcers.

Use CBD against stomach ulcer 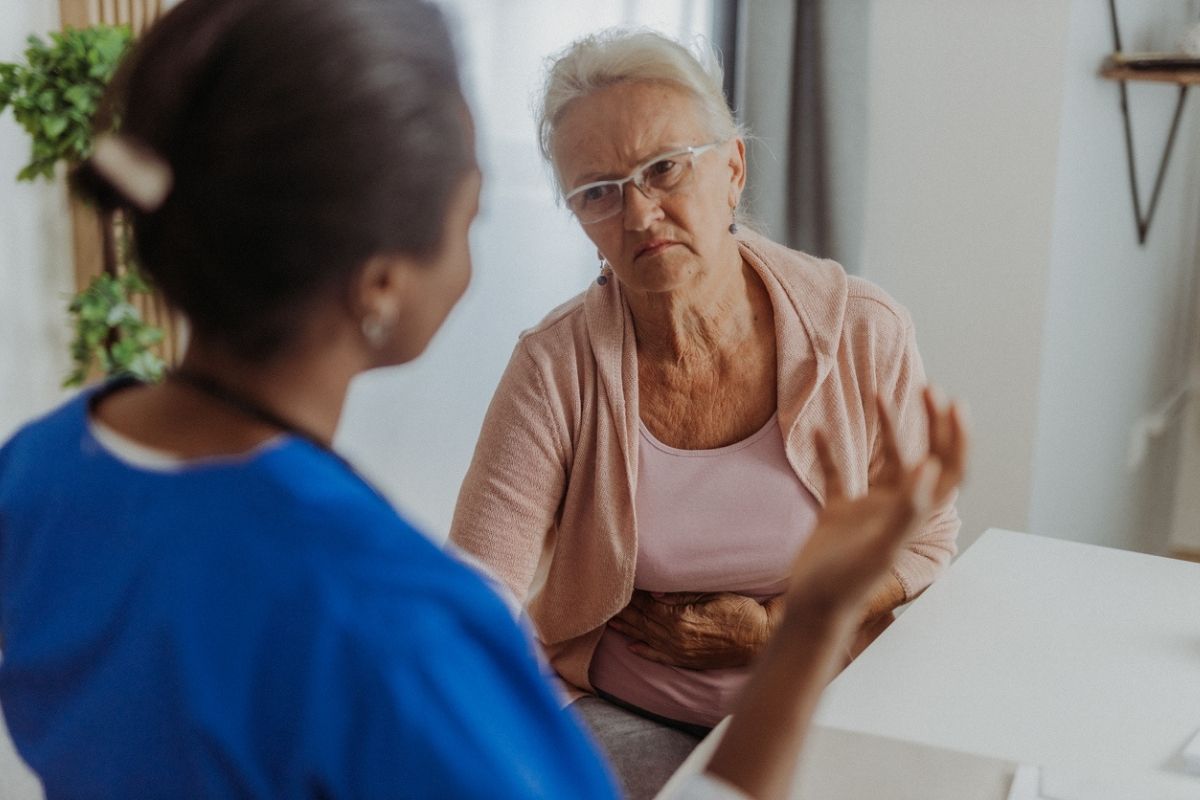 As specified above, stomach ulcer is the most common condition encountered in patients suffering from this ailment. The use of CBD can play a crucial role in the treatment of this ulcer.

Stomach ulcers and their causes

Stomach ulcers also called gastric ulcers are sores that open on the lining of the intestine and stomach. After eating, the digestive tract releases acids that help in the digestion of food. As a result of a decrease in the natural lining of the stomach, these acids can attack the tissues. As a result, the organ can be damaged and sores begin to develop. The Zollinger-Ellison syndrome with its increased acidity can also be a cause of the ulcer. In addition, inappropriate use of anti-inflammatory drugs such as ibuprofen and aspirin can also cause systemic inflammation that could be the source of an ulcer.

The intensity of pain caused by stomach ulcers can vary depending on the individual and their lifestyle. The pain can range from mild to extremely excruciating. External factors can aggravate ulcer symptoms. Indeed, one who skips meals often is more likely to worsen his or her ulcer symptoms.

When you have the ulcer, it may manifest as heartburn or tingling in the abdomen. If you have painful sensations that progress especially when you are hungry, you may be suffering from stomach ulcer.

In the medical community, it is common knowledge that CBD has some very interesting properties. In fact, this substance is used as a natural antiemetic and anti-inflammatory, properties that make it an ideal treatment for stomach ulcer. Cannabidiol is able to relieve symptoms related to gastrointestinal problems. This substance is able to relieve pain, anxiety and nausea. Due to its effect on the body's endocannabinoid system, CBD oil is proven to be effective in relieving the symptoms of these ailments.

In fact, the interaction between CBD oil and cannabinoid receptors in the digestive and immune system promotes the reduction of inflammation in the digestive tract. In addition, this action allows for an improvement in the immune response of the gut and relieves any stress and anxiety related to gastrointestinal disorders.

CBD in its action can also relieve chronic pain. In fact, it directly attacks the pain and releases neurotransmitters that work as antidepressants. At the same time, the substance associates with CB2 receptors in the immune system to enable a reduction in inflammation.

According to some researchers, CBD may be an encouraging treatment for IBD such as ulcerative colitis, due to its ability to control the neuro-immune axis. Inflammation can be intensified as a result of a proliferation of enteric glial cells that can be caused by a very active immune response in the gut. CBD has the resources to counteract this response, significantly reducing long-term damage to the gut. Beyond reducing inflammation, CBD is able to reduce colonic disorders.

What to know about canker sores

Mouth ulcers are small ulcers, usually 1 to 2 mm in diameter, that set up and grow inside the lips and cheeks. They can also attack the tongue, the palate and sometimes the gums. At first glance, they appear as small white or yellow craters surrounded by red. Canker sores most often affect women and people under the age of 40 and are not transmissible. A distinction is made between recurrent canker sores and canker sores and also between canker sores diseases.

Mouth ulcers can be caused by allergies or high sensitivity to foods such as pineapple, vinegar, or dried fruit. On the other hand, canker sores can arise from injury, simple irritation, or even folic acid deficiency.

This type of ulcer usually manifests itself as a feeling of discomfort in the mouth and pain. The latter is especially intense while eating. Before the appearance of the canker sore, it may happen that tingling or burning is felt 24 h before.

Healing an oral ulcer can take 15 to 20 days and can take up to more than a month for a giant canker sore. The use of CBD could be an excellent treatment to relieve the pain caused by this ulcer and make it disappear. In this context, experiments have been carried out and they have revealed that an oral spray of CBD can inhibit the inflammation in the mouth. Indeed, the action of CBD relieves the pain and accelerates the healing of the lesions in a discreet way. In fact, this experiment reveals that CBD accelerates healing through its mechanism of inhibiting the NLRP3 inflammasome. 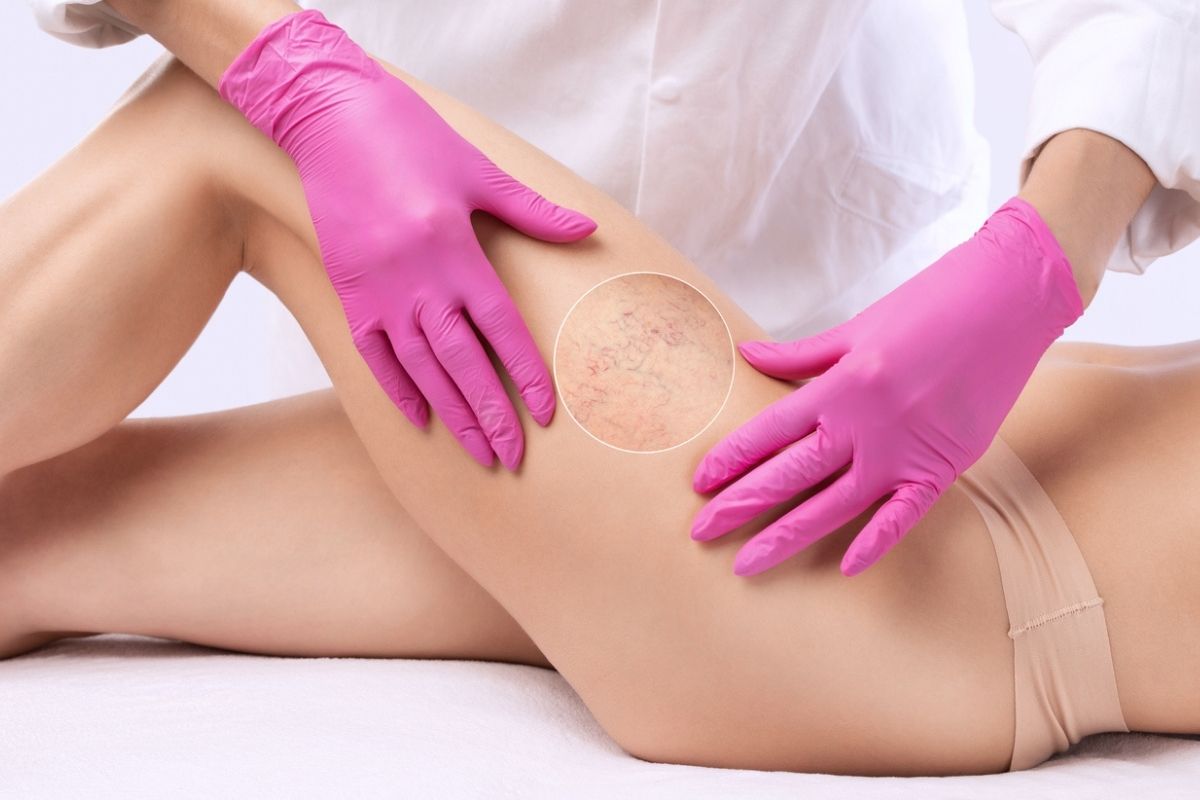 CBD could also be a solution for leg ulcer. This is because it can work in the body as well as on the skin.

The causes of leg ulcers

Most commonly, skin ulcers are caused by poor circulation brought on by weakened veins. Thus, blood flow in the leg and back to the heart is disrupted. This poor circulation leads to a build-up of blood in the leg veins, which begin to swell. In addition to swelling, leakage can ensue and then damage the skin and then lead to leg ulcers.

Generally to treat this type of ulcer, doctors use compression bandages to improve blood flow and relieve the veins. Ointments and some medications may also be prescribed to heal the wound. Unfortunately, more than 50% of people who have had this treatment report that the leg ulcers come back. This is a problem that everyone is likely to develop, but some cases are riskier than others.

The effects of CBD on leg ulcers

CBD given its anti-inflammatory capabilities is obviously an option to explore. In this context, early studies have been able to reveal that this substance promotes healing of skin ulcers.

CBD has been shown to have a positive effect on the healing of skin ulcers.

In a treatment center in Toronto, an experiment considered 14 people who had open wounds from leg ulcers. The use of compression stockings and other treatments was inconclusive in these people. Some had been suffering from the condition for several years without complete relief. However, some of them had health complications that interfered with the proper functioning of the treatments.

In an effort to help them, a topical CBD-based ointment was applied in addition to compression stockings to the sufferers' wounds. The researchers had very conclusive and interesting results. It took just 34 days for the wounds of 11 of the 14 patients to be completely covered. Healing was even faster in some patients. Best of all, not a single side effect was noted on these subjects.