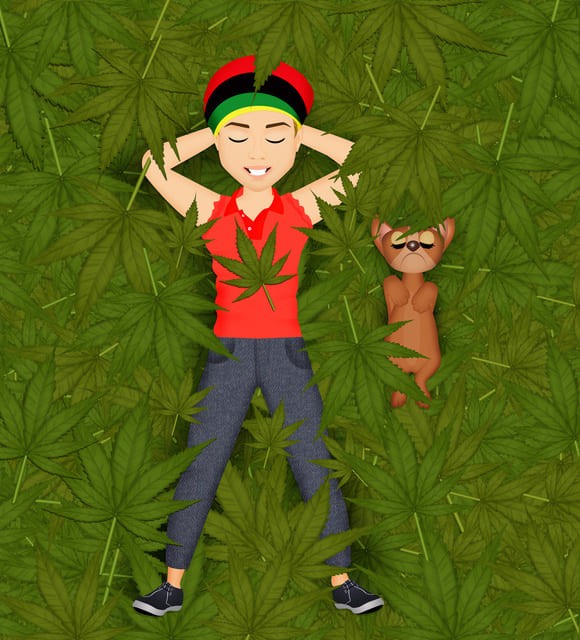 Is CBD able to relieve an epileptic dog

Epilepsy is a well-known disease and we all know how devastating it can be, and this is true both for your pets and for you as the owner: you see him complaining of pain, he suffers, you see his suffering and you suffer too. So it's not a pleasant situation. If your dog is prone to seizures, it is very likely that your veterinarian has told you about pharmaceutical treatments that can be used for this type of condition. He or she has probably also told you about the side effects that may result from taking these treatments. But, did he tell you about cannabidiol? Discover here, the main advantages of this natural alternative that is CBD in the treatment of epilepsy in dogs. It can indeed limit the frequency and severity of seizures of your pet.

Dog with epilepsy: what are the symptoms of the disease

Before we discuss here the benefits of CBD in the treatment of seizures or epilepsy in dogs, we need to know some basics. Seizures are indeed a symptom generally related to conditions that affect the brain, nervous system and spinal cord. Diseases such as epilepsy impact the normal functioning of the neurons. These diseases cause repeated seizures of varying intensity. We distinguish, however, very mild seizures that cause symptoms such as hyperventilation, blinking, rapid eye movements and staring.

However, there are other seizures that can be much more severe causing physical symptoms that cannot be controlled, tremors and more rarely, a total loss of consciousness. As for dogs, we consider the following symptoms: sudden collapse, pedaling (he lies on the ground and moves his legs as if he were on a bike), complaints or barking, confusion, rigidity, incontinence, temporary loss of consciousness and finally, excess foam and/or drool.

What causes these seizures in dogs 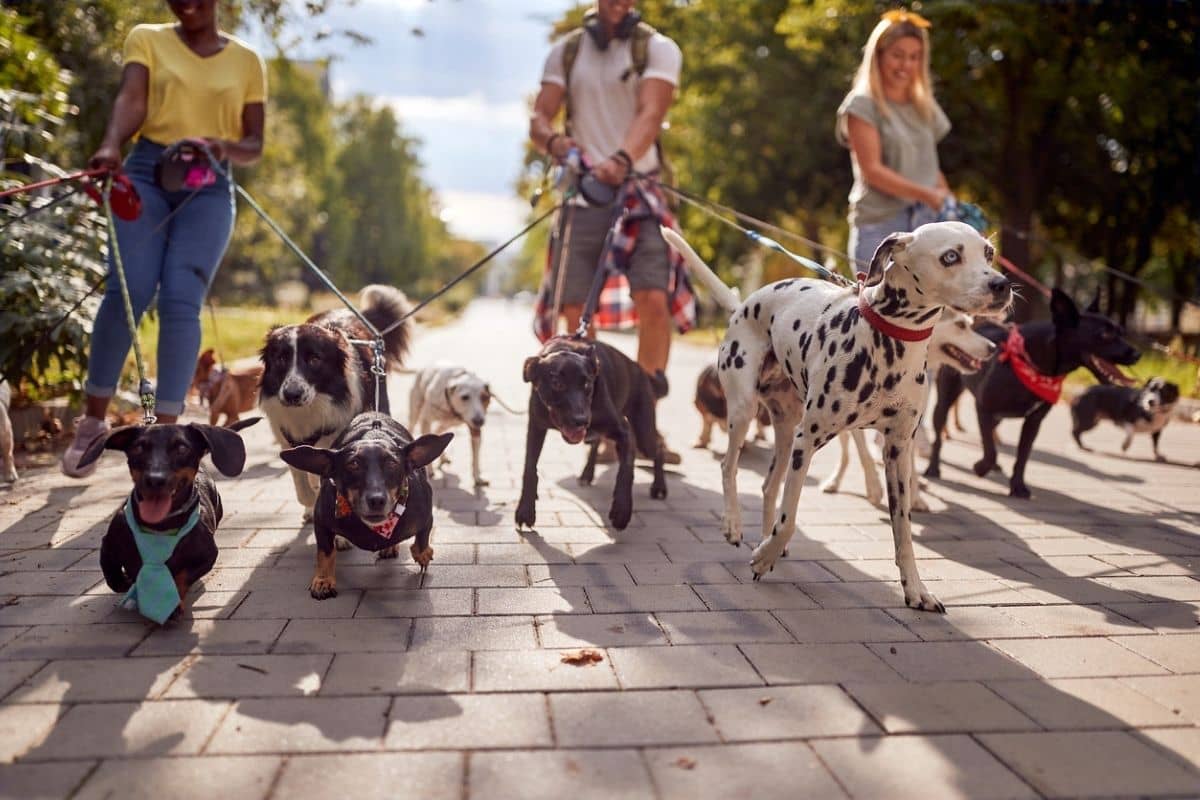 Before discussing the different treatment options of which CBD is obviously a part, it is also worth talking about the different causes of seizures in the animal and how these affect it. For example, there can be uncontrolled and abnormal bursts of electrical activity in the dog's brain that affect the behavior and appearance of your pet. The seizures can be recurrent, indicating in most cases a medical problem such as canine epilepsy, but not limited to isolated seizures. Seizures can last for minutes at a time and can have a variety of causes including hypoglycemia, kidney disease, anemia, electrolyte problems, brain cancer, poisoning, head injury, liver disease, and liver disease.

However, there are certain breeds of dogs that are more likely to develop epilepsy such as Bernese Mountain Dogs, Huskies, German Shepherds, Cockers or Beagles.

My dog is having a seizure: how to react

Although it seems difficult to do, it is very important to remain calm when seizures occur. Also, you will need to think about keeping anything that could inflict injury away from him. All this with gentleness of course. If the seizure lasts longer than 2 minutes, then there is a risk that your dog will overheat. If this happens, you can take some cold water and put it on his paws to cool him down. Once the seizure has passed, you should take your pet directly to the veterinarian so that he can be examined. He will conduct much more extensive examinations in an effort to determine the various possible causes as well as the best possible treatment options.

CBD and epilepsy in dogs: very promising studies are being conducted

A recently conducted study has shown that it is possible to relieve epileptic seizures in dogs with CBD. Exciting and promising are the words that were used to describe the results from this pilot study, whose goal was to evaluate the use of cannabidiol in dogs with epilepsy. Based on the research, neurologist Stephanie McGareth found that 89% of dogs given cannabidiol in the clinical trial showed a decrease in seizure frequency.

In Japan, another study on the subject was conducted on a small number of individuals. The latter also concluded that CBD could be a fairly effective treatment to relieve seizures in the animal considered to be Man's best friend. It was even published in the journal Pet Behavior Science that dogs as well as humans respond to cannabidiol in the same way.

Can I give cannabidiol to my dog to treat his seizures 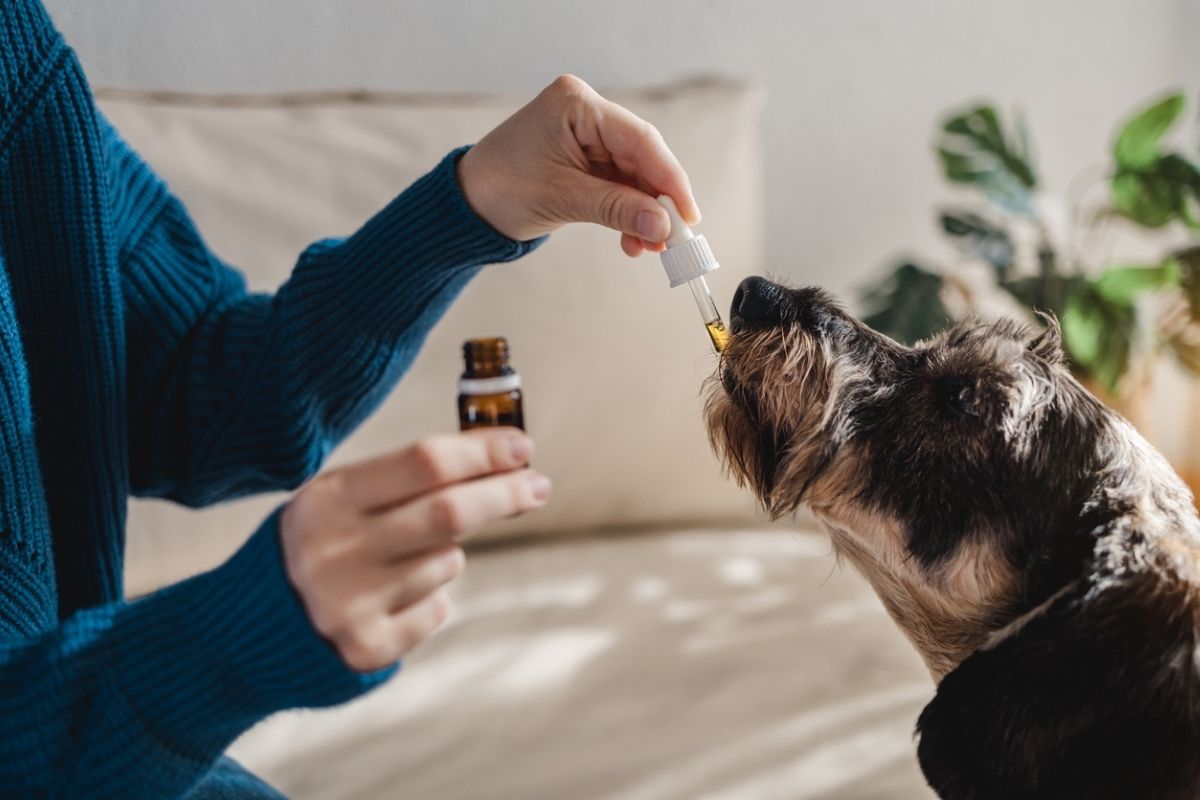 There are several conventional medications that are usually prescribed to prevent the dog's next seizure in order to control it. This is especially in cases where dogs have a disorder to manage such as epilepsy or are prone to seizures. However, one can also turn to CBD to combat these seizures. This is a very effective treatment, as it is considered a calming and soothing anticonvulsant. Typically, it is ingested in oil form, mixed with a meal or on its own. You want to know why cannabidiol is so effective. Well, it's simply because it interacts quite easily with the body's internal system.

Like humans, dogs also have endocannabinoid receptors in the brain and throughout the central nervous system. Unlike some dog medications, CBD does not have any life-threatening side effects. This, when consumed in the right proportions. This molecule is also not dangerous for the gastrointestinal tract, liver or kidneys. Of course, there are some risks as with all medications, but generally, Cannabidiol oil for dogs is a completely natural and effective alternative to combat epilepsy.

In fact, cannabidiol is already considered a supplement that dogs already tolerate well. And if you don't want to drug your pet, well, rest assured: CBD is non-psychoactive, which is obviously not the case with THC. By consuming CBD, your dog will not risk losing his mind or reaching that "high" state that is very often associated with recreational cannabis use.

The majority of pet supplements are made using hemp. The latter is a type of cannabis that is known to be highly concentrated in CBD with small traces of THC, which is the main psychoactive element of cannabis. However, there remains a difference between the reaction of dogs and humans. Indeed, the animal is much more sensitive to the effects of the substance, which means that the dosage will be different. A dog, for example, will require a lower dosage than a human.

But, there is no need to worry, as cannabidiol pet supplements are manufactured to contain the ideal dose of CBD for your dog.

CBD: how to use it to combat my dog's seizures

If you haven't done much research on CBD for dogs, the best thing to do to start your research is to ask about quality. It is possible to find high quality cannabidiol in spray or oil form, but also in shampoo or dog treats. As soon as you have decided on the format that seems most ideal for your pet, you will now need to check how the substance has been processed and whether the brand is organic. Then, you'll need to take a look, at the instructions for use, the ingredients as well as the various reviews that have been left on the site.

The exact dose will vary depending on a few factors. So it will depend on the condition of your dog, the breed of dog and the brand you choose. We can conclude that the exact dose doesn't really exist for all dogs. You will just have to follow the instructions on the product box and analyze your dog's reactions. CBD is not toxic, so there is no need to worry about negative side effects.

Where to find CBD for dogs

Today, the internet is at everyone's fingertips. Therefore, there are many online stores where you can make your purchases. These offer different CBD products of very good quality. However, to find the right one, you will have to follow the advice previously mentioned. The well-being of your dog is at stake. So make sure you opt for quality.