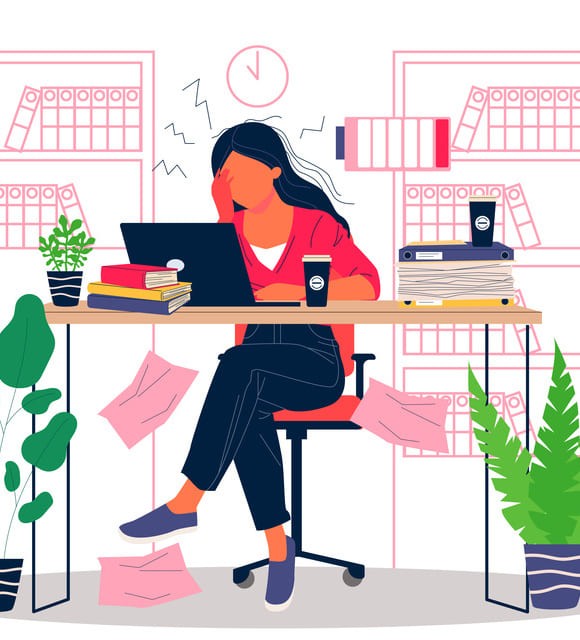 Exhaustion and burn-out: how can CBD help?

The world is currently facing a health crisis and it is safe to say that the situation is not pleasant for anyone. It is even less pleasant for the health care workers who have to take care of patients with COVID 19 and who are under great psychological pressure. Many cases of burnout have been reported. Sleep disorders, anxiety, PTSD (Post Traumatic Stress Disorder) and depression are also symptoms that can occur. In some cases, the consequences can be severe.

It is within this framework that studies were conducted at the University Hospital (Brazil) on a part of the medical staff during the first wave of Covid. It was studied the non-psychotropic effects of CBD on the mental health of the subjects. It was noticed after the analyses that CBD, when combined with classical treatments such as psychological support or sport practice, helped to relieve emotional exhaustion. The same effect was noticed on symptoms of depression and anxiety. There is also less burn-out under CBD.

According to studies conducted by scientists, health care workers who are on the front line of caring for patients who have contracted the virus may very often suffer from anxiety disorders, PTSD, insomnia or depression. It is important to remember that the mental health of health care workers is very important for the quality of care provided, but also for the health care system as a whole, especially during a global pandemic such as the one we are currently experiencing.

A study conducted on 120 subjects 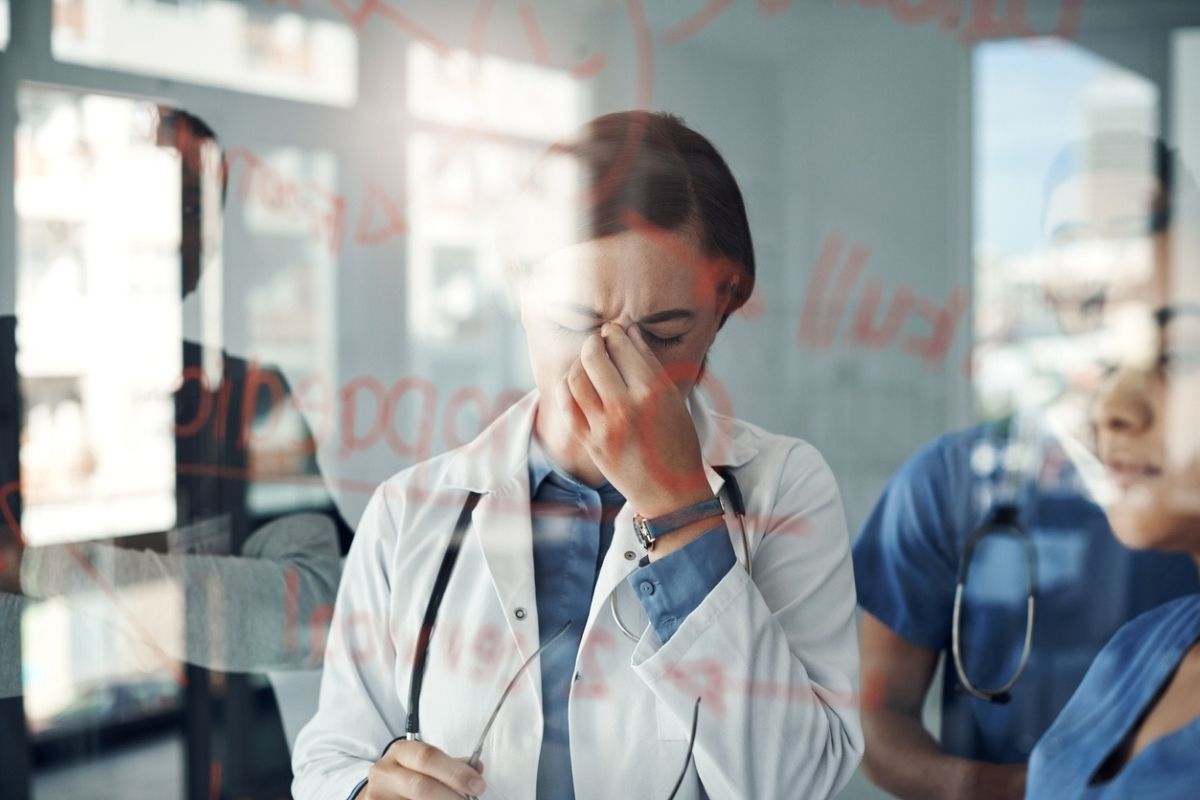 A team of researchers from around the world (Brazil, Canada, USA and Israel) conducted an open study with 120 psychotherapists, nurses and doctors. It should be noted that the study was conducted in parallel groups. The subjects were those who had treated advanced cases of COVID-19.

In all, data were collected on 118 participants. Most of them were working in intensive care, i.e. near patients with a severe form of the disease. It should be noted that two subjects had to stop the treatment because they had serious side effects such as increased liver values or skin reaction. Once they stopped the consumption of cannabidiol, the side effects they noticed disappeared completely. Another subject also had to give up the treatment because he had to participate in a vaccine trial.

Both groups underwent standard treatment. Through video sessions, the subjects reproduced light exercises. In addition, they received intensive psychological support through weekly appointments. It should be noted that the psychologist was "blinded", i.e. he did not know whether the subjects had consumed cannabidiol or not. However, they all received spiritual support and therapeutic counseling. Psychiatrists assessed chronic stress management and looked for signs of burnout syndrome.

The symptoms of burn-out

All subjects performed a self-assessment of their symptoms each week. To do so, they had to fill out a questionnaire on a computer or cell phone. It should be noted that a self-assessment had been done before the beginning of the experiment.

Aside from all this, the researchers adapted the work environment. In addition to the equipment that is supposed to protect the staff, the working hours have been modified, Covid's tests have become more regular and the team has been expanded.

CBD reduces the effects of burnout. Before the study began, about 40% of the participants showed symptoms of burn-out. But at the end of the treatment, the syndromes were found in just under 30% of those treated. On the other hand, in the control group, which only received the standard treatment, the cases of burn-out simply increased. They went from just over 30% to about 40%. However, this difference is not statistically significant.

With CBD, a decrease in emotional exhaustion was noted. It should be noted that the complaints were assessed using a special self-test for health care workers. This is the "Malasch Burn-out Inventory". The scores provided by this questionnaire vary from 0 to 54. The higher values correspond to greater psychological exhaustion. In the first group, i.e. the patients treated with CBD, after 4 weeks, the values went from 29 to 24. It took only two weeks of treatment to begin to observe a significant improvement in the state of fatigue. In the control group, on the other hand, the values increased from 33 to 36. 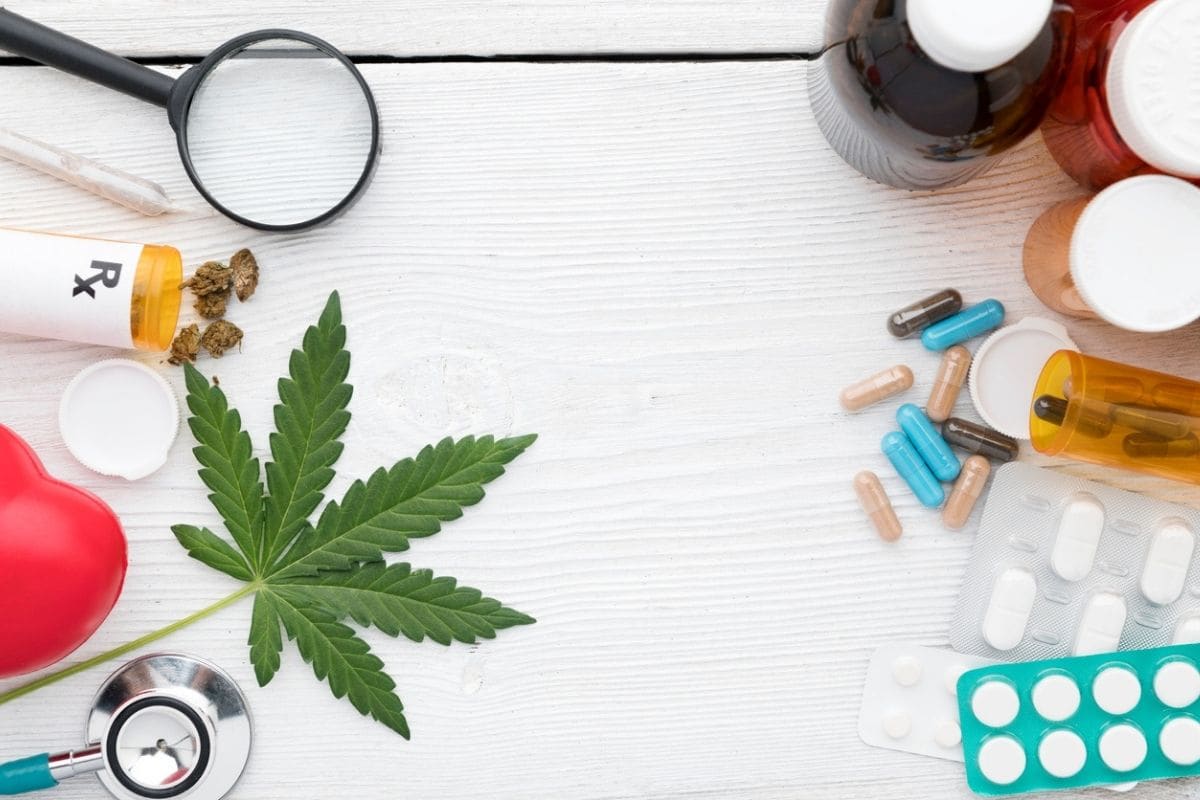 Cannabidiol significantly reduced the effects of depression. The severity of the latter was analyzed thanks to the PHQ which is a questionnaire about the health of the patients. The values vary here from 0 to 27 with the highest values meaning a much greater depression. Above 9, we can already start talking about depression. It was noted in half of the people involved that CBD had helped to reduce depressive symptoms. Before the beginning of the study, it was 46% of the subjects who had symptoms of depression, but at the end, this number went down to 22. In the control group, on the other hand, there was a slight increase with a score that went from 48 to 51%.

The antidepressant effects of cannabidiol took place very quickly and it only took one week. After said week, the values went from 9 to less than 7 and moreover, the values remained low throughout the study. As for the control group, there was no real fluctuation from the initial score of 10.

General anxiety disorders have also been alleviated by CBD. Here the classification of this symptom was carried out with the help of the TAG questionnaire which is translated as generalized anxiety disorder. The values proposed here vary between 0 and 21. With the highest values corresponding to a much more pronounced anxiety. From a score higher than 7, we are already talking about GAD. In the group of people who have undergone CBD treatment, we have noticed an improvement in the proportion of people affected. Indeed, before the beginning of the experiment, 46% of the patients presented symptoms, but after this rate went down to 17%. It can be seen that 2/3 of the people concerned were able to be treated. On the other hand, in the control group, the initial rate did not really change. It was about 43%.

Note that the effects of CBD on anxiety are noticed quite quickly. The GAD score which was initially 9 went down to 6 in less than a week. It should also be remembered that the relief was persistent.

What are the side effects of CBD?

Adverse effects were noted in both groups during the study. In the group of patients treated with CBD, fatigue was noted in 22.9% of subjects and drowsiness in 25.4% of subjects. Lethargy, weight gain and diarrhea were also reported. With regard to these effects, there was not really any notable difference between the two groups. We only noticed an increase in appetite in some subjects of the control group.

On the other hand, under CBD, we counted some serious side effects in 5 people. In two of the cases, it was skin reactions. One of the subjects had to withdraw. We also noticed high liver values in 3 subjects, which forced one of them to withdraw. However, at the end of the study, all symptoms disappeared completely. It is therefore recommended not to consume CBD without consulting a doctor.