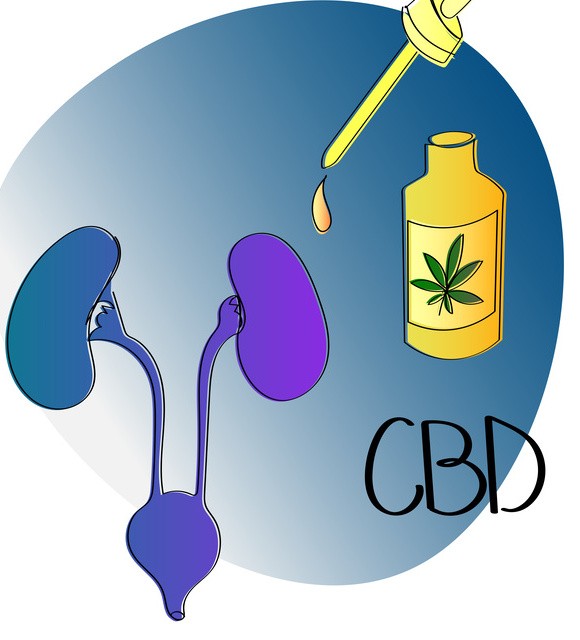 CBD and fertility: what to know ?

Cannabidiol, more commonly known as CBD, is one of the most important substances found in the cannabis plant, particularly in its most popular variety: cannabis sativa. The CBD molecule has many virtues and can be used to treat several ailments and diseases. Previous studies conducted on this substance have shown that it has proven analgesic, anti-epileptic and anti-inflammatory effects. But, to these studies others have recently been added and these will allow the scientific community to better identify the many properties that cannabidiol has, including its action on fertility. This, both in men and women.

What are the origins of CBD's impact on fertility?

For many centuries, human groups have considered fertility as the very basis for their growth as an organized society. Traditionally, therefore, there was a need to increase the community by bringing new members into the world. This was promoted by the use of many natural substances such as herbs and potions made from them. If we take into account the fact that CBD has been known for 6000 years and that it is a compound of cannabis, we can easily conclude that these societies were the pioneers in the use of CBD for the treatment of fertility in order to promote births within the community.

Nowadays, research has shown that about 10% of women do not manage to carry their pregnancy to term or simply have difficulty in doing so. This is why there are more and more studies on the subject to identify several new substances that can help solve this problem. It must be said that the influence of CBD on fertility is still relatively unknown. But, let's note that many studies are conducted on the subject. Given the importance of the problems, these are increasingly vigorous and intensive. We already notice some certainties.

How could CBD influence fertility ? 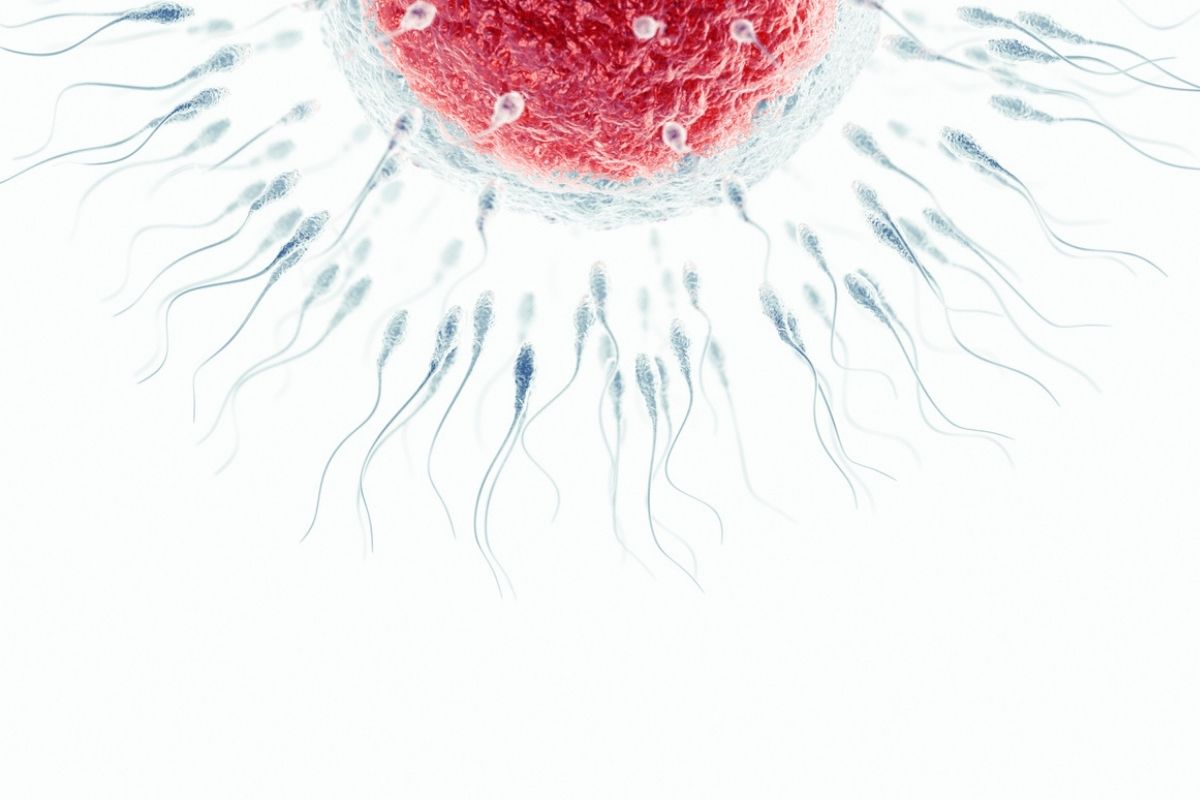 The impact of CBD on fertility in both men and women depends on its contribution to the endocannabinoid system. Let's remember that the latter allows the balance of the organism and that it influences different processes inside the body. Among these, we have the immune system, the digestive system, the blood circulation and of course, the reproductive system.

Thus, cannabidiol helps to rebalance the endocannabinoid system. To be more precise, the impact of cannabidiol on 2-AG, present in significant quantities in breast milk and essential to the circulatory system, and on the endocannabinoids anandamide, very important in the fertilization of the ovum, has made it possible to demonstrate that CBD can be very useful in the treatment of male and female fertility by acting differently on both.

THC is also a compound in cannabis, but unlike CBD, which promotes pregnancy, THC has the opposite effect. In fact, cannabidiol has a positive effect on pregnancy, thanks to its positive action on 2-AG and anandamide endocannabinoids. There is a well-known entourage effect by which the different substances present in the cannabis plant, including the different cannabinoids, interact with each other to reinforce their actions. This entourage effect promotes the cooperation of endocannabinoids to prepare the egg for fertilization.

During this phase, the powerful analgesic and anti-inflammatory properties of CBD help limit the negative effects of pregnancy on the physical well-being of some women. This, by exerting an influence on the body of these last ones in order to support and encourage the good progress of the pregnancy. All this, with the aim of protecting as much as possible the psychological and physical health during this phase where it occurs enormous and deep changes.

Studies on the effects of CBD on male fertility have been conducted in Germany.

These studies have demonstrated the presence of the endocannabinoid receptor GPR-18 in spermatozoa. Thus, once this receptor has been activated after the consumption of CBD, it triggers a reaction: this is the so-called acrosomal reaction. It is a rather complex process during which the spermatozoon takes care itself to modify its structure in order to penetrate much more easily in the ovum. It therefore allows a good start to the physiological process of pregnancy.

Firstly, it should be noted that in the liver, CBD cannot be broken down. Therefore, it could prevent the normal course of contraception. Secondly, as there is a very slow decomposition of the contraception, important levels can persist in the blood. This increases the side effects tenfold.

The reduction of the effectiveness of estrogen contraception by CBD: the process

The researchers found that cannabidiol could potentially block the action of the CYP540 enzyme to the extent that the birth control pill ceases to be effective. However, to date, scientists do not know exactly how much cannabidiol it would take to achieve this effect. However, there is also evidence that taking the contraceptive pill and cannabidiol in stages may limit the risk of this happening. This is because the contraception will have more time to pass through the liver.

There are three estrogen hormones produced in the body and one of them is called estradiol. It has been noticed that the presence of CBD in large quantities in a woman's body could prevent the action of estradiol. This hormone would no longer be able to interact with the body. If you take a birth control pill based on this hormone, you might not notice the expected results, because its action could be blocked by cannabidiol. And as you know, if it doesn't interact with the body, it may not work properly. So this is another way that cannabidiol can affect the proper functioning of estrogen-based contraception. The risk of pregnancy is thus increased tenfold.

CBD and its side effects on contraception 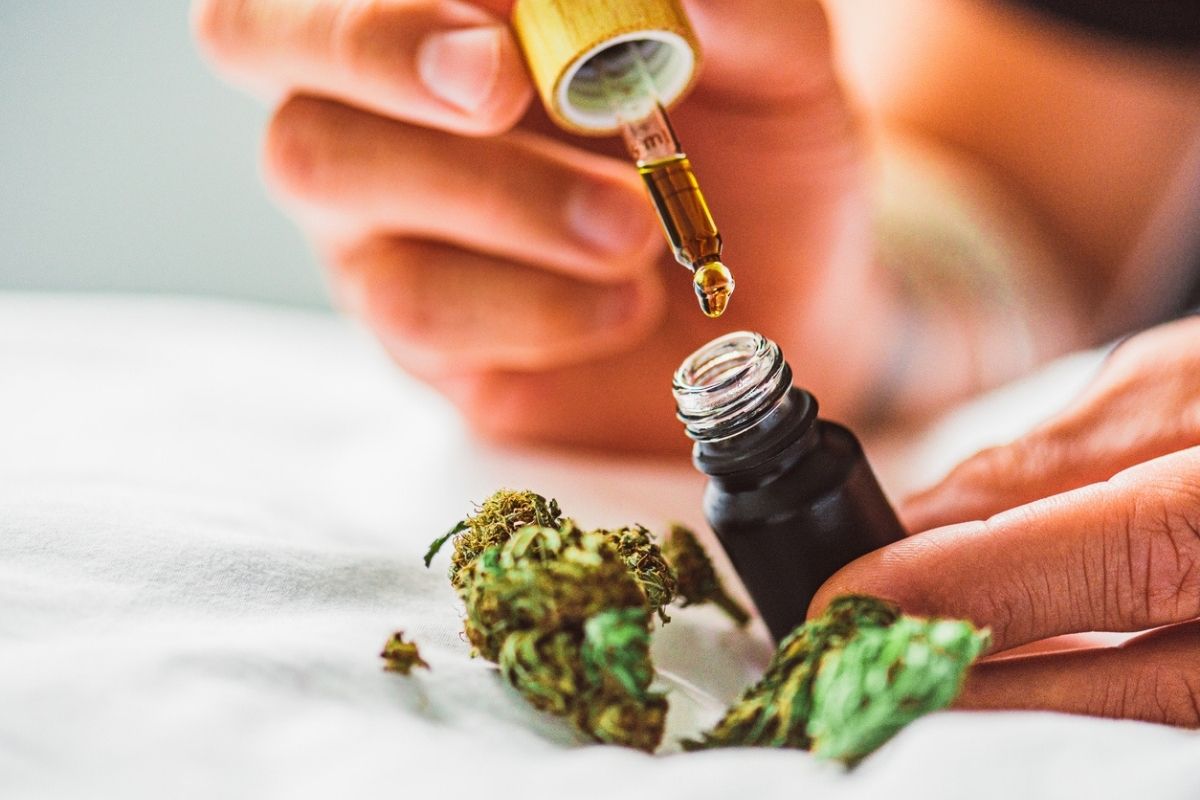 How does this affect me ?

At first, all of these facts might seem overwhelming or confusing, but it is important to know that all of the studies that have been done are for when CBD has been consumed in large amounts. If you only consume a small amount of a cannabidiol product, the chances of your fertility or contraception being affected will be less. If you are currently taking estrogen-based contraception and CBD, you will need to consider additional methods to protect yourself from pregnancy. Condoms for example are an excellent way. You'll also need to consult your doctor if you're taking any other prescription drugs. If you are planning to get pregnant, you should also consult your doctor before taking cannabidiol. This applies to both men and women, as CSE impacts the male reproductive system.